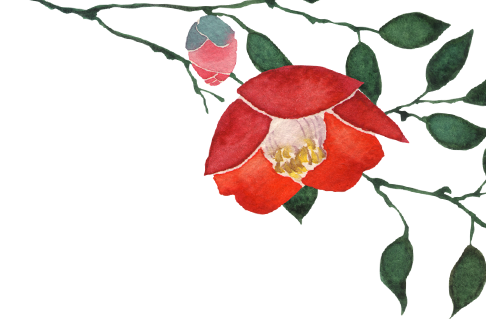 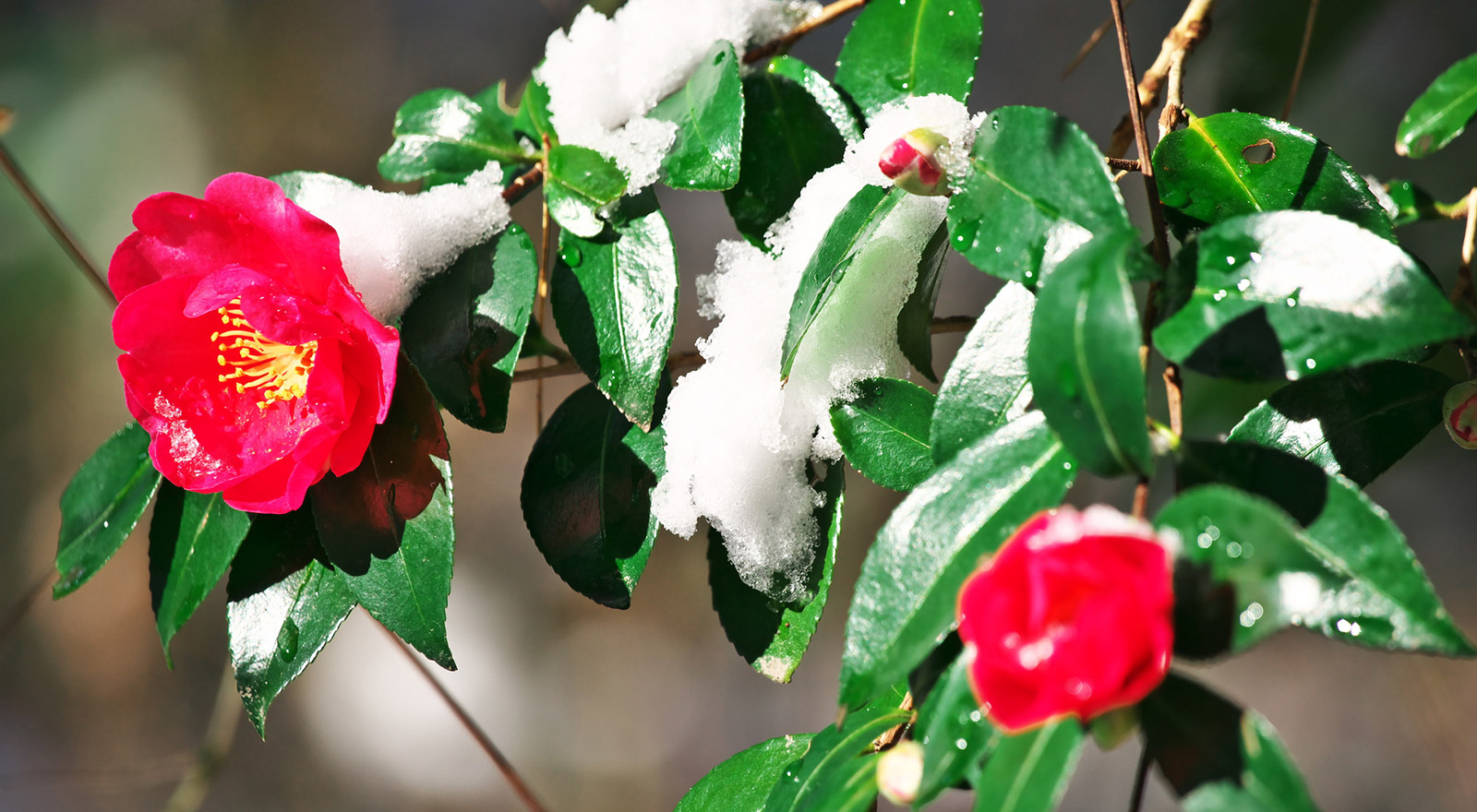 The Prefectural Tree of Niigata, the Snow Camellia, is symbolic of Niigata.
A very rare plant, Snow Camellias endure months of heavy snow and bloom beautifully as the snow begins to melt. This is a perfect representation of the character of Niigata's people and is, therefore, the best flower symbol for this northwestern prefecture. 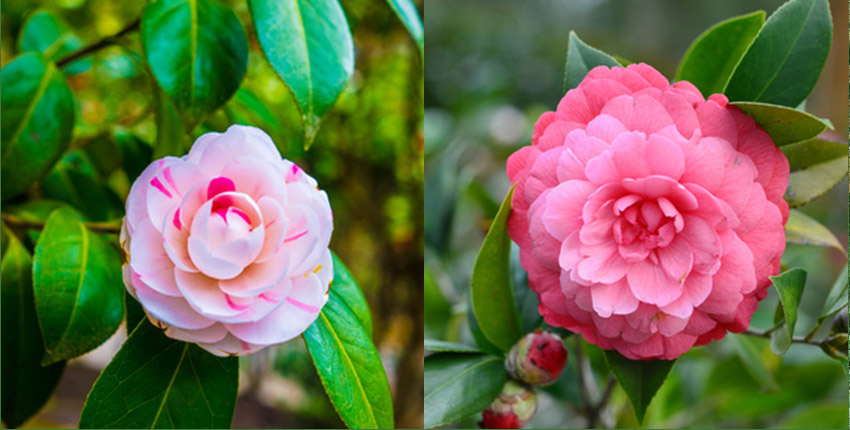 Worldwide, this plant was first discovered in 1906, on Mount Kirin in Aga Town, Niigata Prefecture. It was identified as a new species of camellia and named Yukitsubaki (Snow Camellia). Since before the 17th century, local people collected its seeds for oil, and new varieties were developed and grown for their ornamental value. Throughout the world, the Snow Camellia originally grew wild only in snowy mountainous areas on the Sea of Japan side, centered around the Kaetsu region of Niigata Prefecture. The plant, however, is actually vulnerable to cold and dry conditions.
So, how can Snow Camellias survive the bitterly cold environment in snowy areas?

This plant has a unique ability to protect itself under harsh conditions. Flexible branches that are hard to break bend down softly at the base as they become covered in wet and heavy snow. The shrub then "sleeps" through the winter close to the ground, under a blanket of snow. Surprisingly, the area between the ground and the snow keeps moisture and maintains the temperature above 0 ℃, protecting the plant from the cold and aridness.
The Snow Camellia is dubbed the "The Hallmark of Spring Flower" since the plant stretches its branches and blooms as the snow melts.
Some branches stay close to the ground after the snow melts away. If the condition of the soil and moisture levels are right, the branches begin to root, forming new rootstocks for propagation. This ability to utilize snowy conditions to propagate rootstocks after winter is a unique feature of the Snow Camellia. 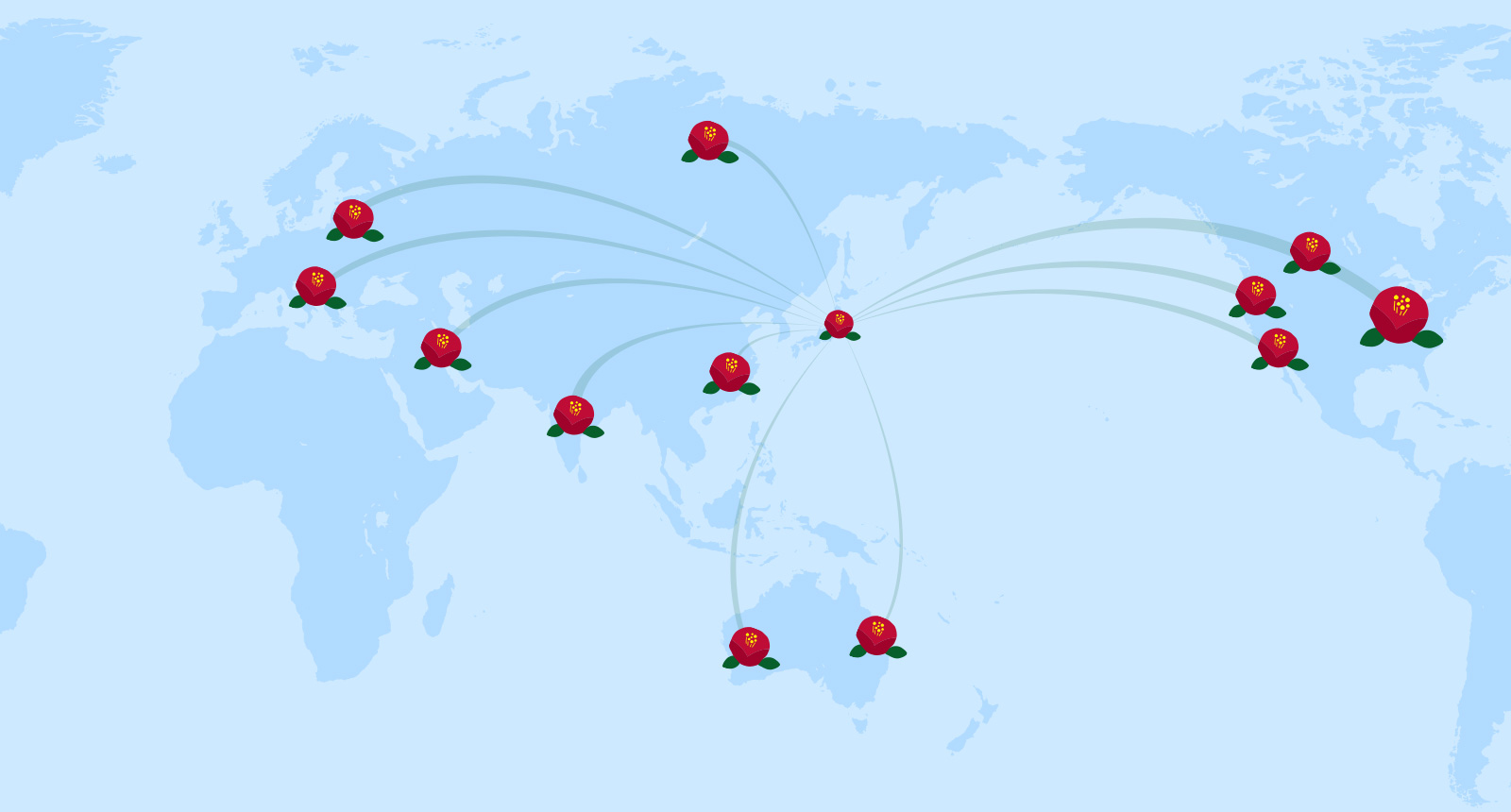 Snow Camellias were brought to Europe and the Americas from the late 19th century through the early 20th century. Now several thousands of ornamental varieties are being grown all around the world.
The Hatano variety native to Kanose was brought back to the US by the American Camellia Society after World War II, and is the mother tree to over hundreds of US-born camellia varieties. 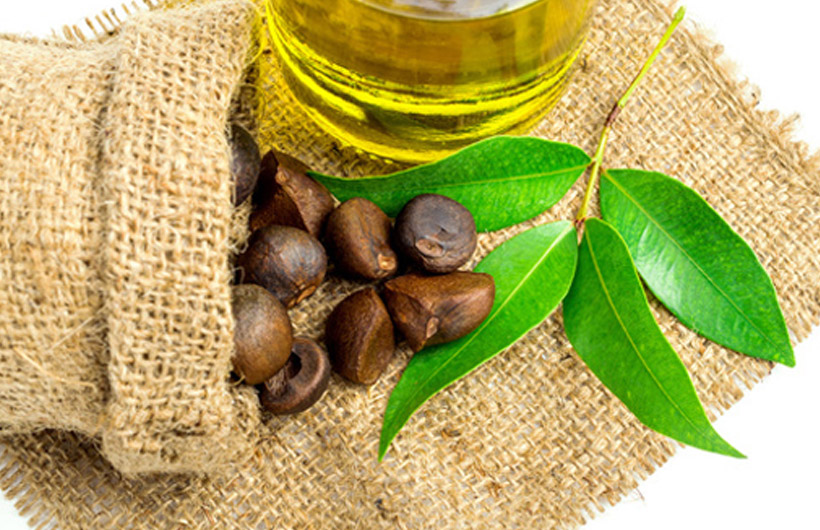 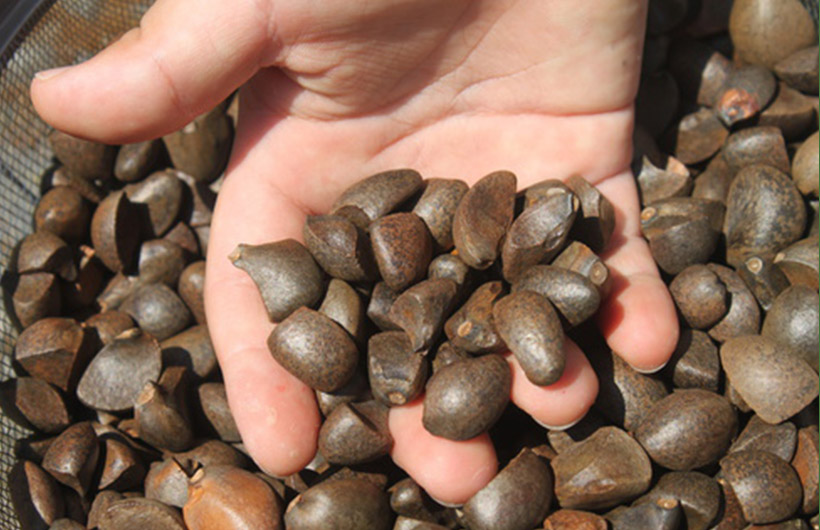 Uses of the Snow Camellia

The oil collected from the Snow Camellia seeds was used for lighting lamps or cooking in olden times.
It has also been used as a beauty product to keep hair and skin glossy and moisturized.
Recent research shows that the oil collected from Snow Camellia contains more oleic acid and vitamin E than oil from other varieties, which work for beauty and anti-aging, as well as to help the functioning of the heart and blood vessels.
Aga Town commercialized Snow Camellia oil and sells it as the town's specialty. Today a greater variety of products can be found, from soap and bath salts to udon noodles.
The hardy stems and branches that can handle heavy snow loads have a soft and fine texture, and are used for woodworking and making charcoal.

Initiative to Pass Down this Town Treasure to Future Generations 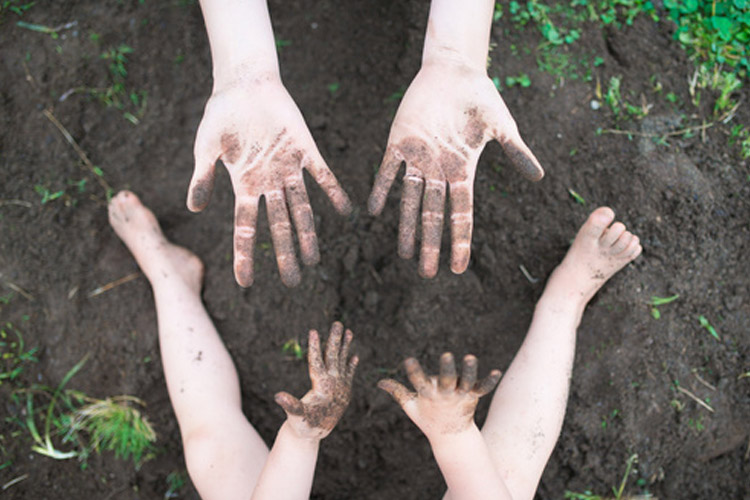 Snow Camellias are a town treasure native to Kanose, so protection of the Snow Camellia will lead to the prosperity of our hometown. In order to transmit this treasure to the next generation, Aga Town strives to preserve and grow Snow Camellias by holding propagation and planting workshops for children in collaboration with local people and business.
Aga Town aspires to be known as The Town of Snow Camellias, where these hardy flowers come into full bloom all over town, announcing spring's arrival. 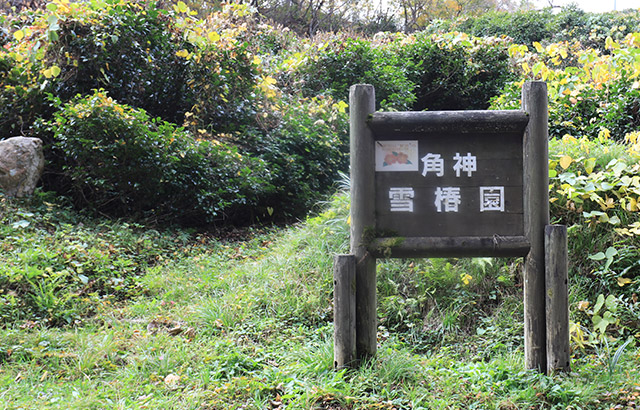 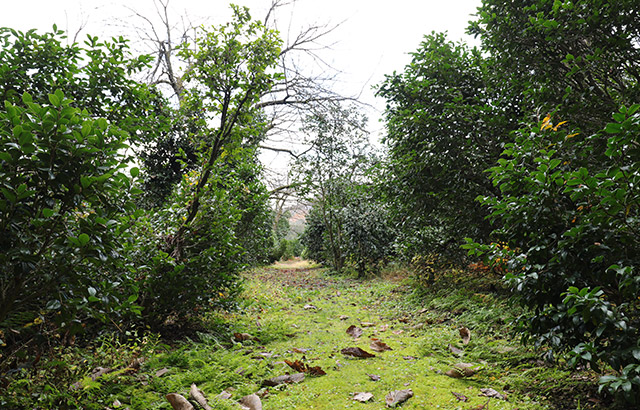 You can see Snow Camellias all around, as the plant grows naturally throughout Aga Town. The pure species of the plant is specially preserved and grown in Tsunogami Snow Camellia Garden, where you can also see many other Snow Camellia varieties.
Tens of thousands of Snow Camellia shrubs, including the original variety, blooming all at once, are a stunning sight.
The best time to visit is from the middle to the end of April. 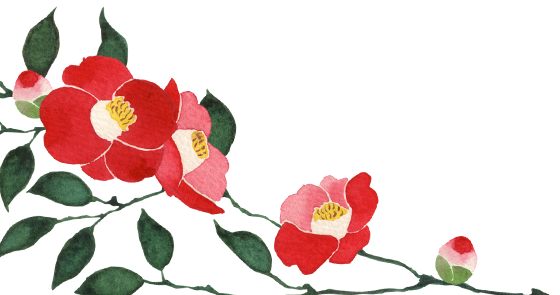